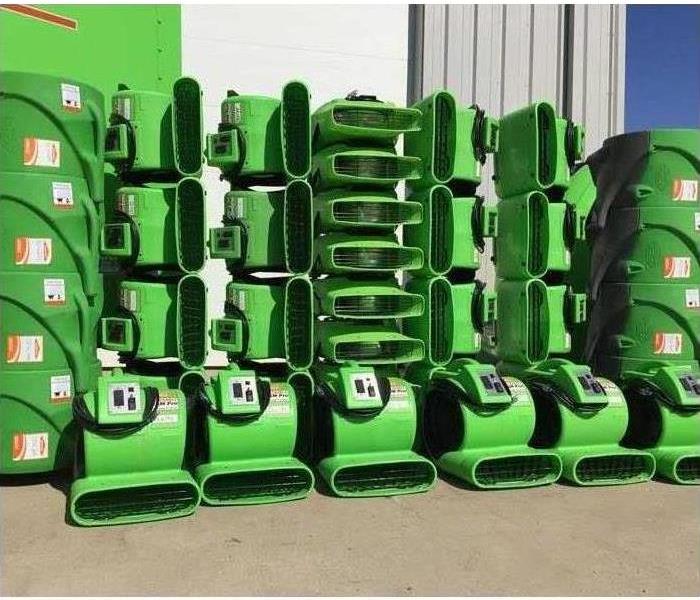 Axial air movers are the most common “fan”. The first electric fans were axial designs based on the look and effect of windmills. They are called axial air movers because of the direction the airflow they create. Blades move around an axis, and the air moves out of the fan in the same direction.

Air volume from an axial air mover is high, while the pressure is low. Each axial air mover requires little in the way of power input, so they are highly energy efficient.

Axial air movers are often used in general-purpose use given their high-volume, low-pressure nature. This makes them great for providing comfort in workspaces and for cooling technology in tight spaces, such as servers or computers. Axial air movers are not as adept at drying or air conditioning given their low pressure, so they find less use in large water damage restoration projects.

Think about spaces where computers need cooling or spaces where humans need airflow for comfort. In these situations, a centrifugal fan may be too much.

SERVPRO of Tacoma may use one type of air mover on a drying job or a combination depending on the situation.